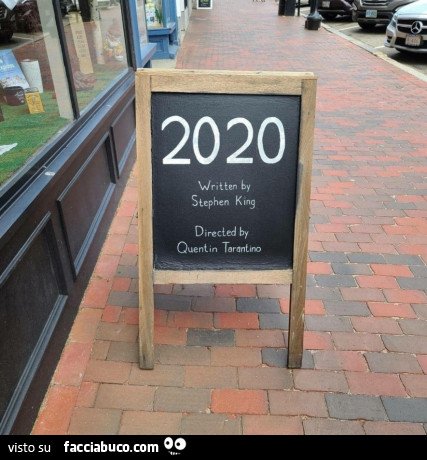 Well, we’ve made it. At least most of us have. Astrologers knew well ahead of time that 2020 would be a challenging year, and many of them said that it would look better “in the rearview mirror.” I’m not sure that it will actually look better than it was, but it will certainly be a relief to leave it behind.

Many folks point out that the Gregorian Calendar New Year is pretty arbitrary, and that nothing magical happens when January 1 rolls around to change the energy. Generally speaking, that’s true. But the end of 2020 sees a number of important astrological changes that are worth noting.

Let’s start back in 2019, a year that brought the line up of nasty planets in Capricorn. Saturn had been there since the beginning of 2018. Pluto entered there in 2008 and will leave in 2024. Saturn is one of the planets associated with Death. He’s the natural ruler of blocks, limitations, delays, denials, frustrations, endings. His position as the outermost visible planet in our solar system exemplifies this. Pluto, while a more modern integration into astrology, is the god of the Underworld. So again, there’s a natural association with death; if not the process, then at least the result.

Uranus started the year in the last few degrees of Aries, and in April 2019 started his 7-year transit of Taurus. His stay in Taurus means a trine by sign to those planets in Capricorn. What I mean here is that Saturn and Pluto were in later degrees of the sign while Uranus was in earlier degrees. It’s not close enough for a 120º exact trine. But it is close enough for the influences to work together in a general way.

Neptune has been in Pisces since 2011 and will stay there until 2025. The first few months of 2019 saw Saturn-Neptune connecting in a way that was foreshadowing our “dance” with what is real and what is fake. We had already begun that dance, but it intensified then.

On top of these placements, the South Node, indicating loss, release, diminishment, letting go, etc., was in Capricorn. (Can you see another death theme here?) The lunar nodes move backwards through the zodiac signs. So the South Node started the year at the end of Capricorn, Saturn was in the middle of the sign, and Pluto was between them. As Saturn moved toward Pluto from one side, the South Node moved toward him from the other.

This created a really difficult year for many people, especially those who have personal planets or points in mid-to-late Capricorn, Cancer, Aries, and Libra (the cardinal signs). I noticed far more cat (Saturn) deaths (Saturn/Pluto/So Node) than in normal years. Especially older (Saturn) cats. And for folks who had late Capricorn rising, it was especially trying.

What’s more, the eclipse cycle was falling in Capricorn/Cancer in 2019. That means that the solar and lunar eclipses were in these signs, which would highlight anything going on with them, for good or bad. OK, mostly for bad.

Little did we know that this was merely a prelude to 2020. At least 2019 had Jupiter in his own sign of Sagittarius to mitigate some of the damage that these other bad boys were doing. But by the first week of December, even Jupiter had entered Capricorn for his one-year transit, where he is in “fall.” Here his ability to help is severely limited.

(For a really good article on Jupiter in Capricorn, see Patrick Watson’s page.)

This traffic accident of a planetary line up continued in Capricorn for most of 2020. Saturn entered Aquarius for a bit, but then retrograded into Capricorn again. Most of the tight aspects started to loosen up like a chest cold, especially those involving Saturn and the South Node. But we saw that each time Jupiter and Pluto conjoined exactly, a major spike in coronavirus cases occurred in the U.S. (usually a week or two later).

In early 2020, Mars joined the “part” in Capricorn. The Aries ingress (when the Sun enters Aries at the Spring Equinox) warned of a seriously challenging year. I wrote about it here. (Because of the changes in schedule brought about by the pandemic, I never did get to write Part 2.)

In late June, Mars entered Aries, where he remains today. Mars transits all 12 signs of the zodiac in a little over two years. But this time, because of eccentricities of orbit and a retrograde, he’s been in Aries for six months, rather than about two. In my post about the Aries ingress, note that the Sun falls in the sixth house of that chart – potential illness. And then Mars has hung out there for six months, showing a disease marked by fever and inflammation. Mars finally leaves Aries on January 6, just a few hours after the U.S. Congress counts the electoral votes. (Unless there is a hold up in protest, in which case the vote could occur just after Mars enters Taurus.)

(As an aside, this 6-month stay of Mars in Aries had coincided with one of the most contentious elections in U.S. history.)

Another major thing that occurred astrologically, almost under the radar, is that all five classical planets crossed the ecliptic (thanks to astrologer Gary Caton for pointing this out). The ecliptic, if you remember, is the path that the Sun traces in the sky over the course of the year. Here it’s shown by the yellowish line in the Southern sky.

The Sun is by definition always on the ecliptic. But the Moon and the other planets are not exactly aligned with the plane of the Sun. They’re all at some angle. So the ring that a planet or the Moon traces, superimposed with the ring that the Sun makes (the ecliptic) is like two rings intertwined. You can read more about it here in my post about lunar nodes. But the same principle applies to any two bodies orbiting whose paths intersect.

The Moon crosses its node heading North (above the ecliptic as seen in the northern hemisphere) once a month (this is called the North Node). And she crosses going South once a month (at the South Node). So we can say that the Moon conjoins its own nodes a total of twice per month. But the planets don’t do it quite as often. Mercury crosses the nodes 8-9 times per year. Venus crosses 3-4 times per year. Most years, Mars only crosses once.

Jupiter crosses the ecliptic, or is at one of his nodes, only once every 6 years or so. And Saturn only crosses once every 15 years. That means that they only cross together once every 30 years. This year they both crossed to the South together just a few degrees apart in Capricorn.

When a planet crosses the ecliptic, its effects are amplified greatly and more direct (similar to an eclipse, but with a planet rather than the Moon). Crossing to the North is usually considered more beneficial than crossing to the South. In 2020, Mars, Saturn, and Jupiter all crossed South practically together in February.

One of the most popular birth charts for the U.S.A. (the Sibley chart) has Sagittarius rising, meaning Capricorn is the primary place we look for financial issues for the country. Consider that when we remember also the U.S.A.’s Pluto Return in Capricorn.

One further thing that happened in December of 2020, which I’ll save to focus on more in the next post, which will be more about 2021: Jupiter and Saturn conjoined as the do every 20 years, but in a spectacular way. I’m going to leave it until later because it also marked the ingress of both planets to Aquarius, and the beginning of a 200+ year cycle where they conjoin in Air signs, following 200+ years of conjoining in Earth signs (known as a Great Migration).

So here’s the run down of the last two years:

As we like to say in New England, Is it cold enough for you? Isn’t that enough? Astrologers often refer to this kind of year as an Annus horribilis. I think it can safely be called a simple shitstorm.

Jupiter and Saturn in Your Life 2021

This year, Jupiter and Saturn conjoined in Aquarius. It’s a meeting that happens every 20 years, but rotating through signs. In another post, I wrote about what these conjunctions mean in general for world events Read more…

To view this content, you must be a member of Chris's Patreon at $1 or more Unlock with PatreonAlready a qualifying Patreon member? Refresh to access this content.