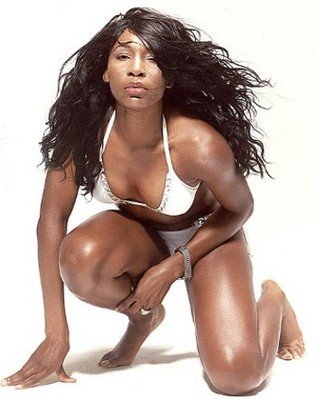 I was reading a blog recently by a non-astrologer, who made some musings about the current Mars retrograde. One of the things that struck me (amongst some otherwise good ideas) was the idea that Mars is the active, aggressive part of sexuality. This is, indeed, the understanding of many modern astrologers, and it is certainly from these modern, pop-astrologers that the blog writer, along with many others, gets his information about astrology.

Traditionally, Venus is all things having to do with love and sex. This runs the gamut from love to lust; from passive to not only active, but even aggressive; from demure to whore; etc. There is no need for Mars to be invoked here in order to explain aggressive love. This brings out an important point that seems to have been introduced into modern understanding, which is quite incorrect. To wit:

ASTROLOGICALLY,
PLANETS ARE NOT SIMPLY THE EQUIVALENT OF
THEIR GRECO-ROMAN MYTHOLOGICAL COUNTERPARTS.

It is certain that the tradition of watching the classical planets in the night sky and even using them for omens and auguries predates the more recent cast of characters in any particular culture’s mythological pantheon. The planet Mars, for example, was known by many cultures and by many names before the Greeks started referring to it as the “star of Ares,” or the Romans called it “Mars.” The ancients of many cultures considered these planets, and the angels/spirits that inhabit them and which they embody, as divinities; each culture took it’s turn (and still does) at naming their divinities, including planetary ones. However, these planetary divinities predate and precede any one culture’s mythology. In other words, planet Mars preexisted the Roman god of war.

This idea was brought home to me when I was speaking on astrology and magic last summer, and someone asked about how one approaches this matter if your primary pantheon is something like Celtic. It hadn’t even really occurred to me at the time, but the fact that these planets bear the names (mostly) of Roman gods and goddesses does not mean that they are one and the same with this band of characters. So in fact, you may call these planets whatever names, from whatever cultures, speak most loudly to you. Don’t get stuck into thinking that astrology is subject to one culture’s way of understanding that name. Planetary gods and goddesses are far greater than more culturally-limited figures that may bear the same names.

For example, in Roman mythology, Jupiter is always turning himself into some creature in order to disguise himself and go screw the wood nymphs. This also has him perpetually in trouble with his wife. This has absolutely nothing to do with the astrological Jupiter. Also, Mars and Venus are coupled in Roman mythology, while in astro-theology, there is no sense that Venus “needs” Mars for sex to happen. Venus is fine bringing this about all by herself.

This brings me back to where I began. Astrologically, sex is NOT a function of Mars. Venus can handle this by herself, thank-you-very-much. She is perfectly capable of being aggressive and even rough. But she is not Mars. Mars is only “needed” here if the issue is one of rape, which is functionally about violence, not about sex. One may also argue that astrologically a very well-functioning Mars might act as a protector for Venus, and there may be some legitimacy to that, but still, this is removed from the arena of sexual contact.

By taking the active functions of sex away from Venus, we have removed an important piece of the divine feminine, and while trying to be feminist about all this, have essentially disempowered Venus completely and relegated her to a totally passive role in sexual matters. This is a fundamental misunderstanding of Venus (and by extension women and their sexuality). By allowing only Mars to be aggressively sexual, we disempower women. This, in and of itself, amounts to a rape of sorts: a violent imposition of Mars and a stealing of that which properly belongs to Venus.

Any proper understanding of Venus and Mars, and astrological planets at all, must separate itself from any one particular culture’s mythology and deal with astro-theology on its own terms.