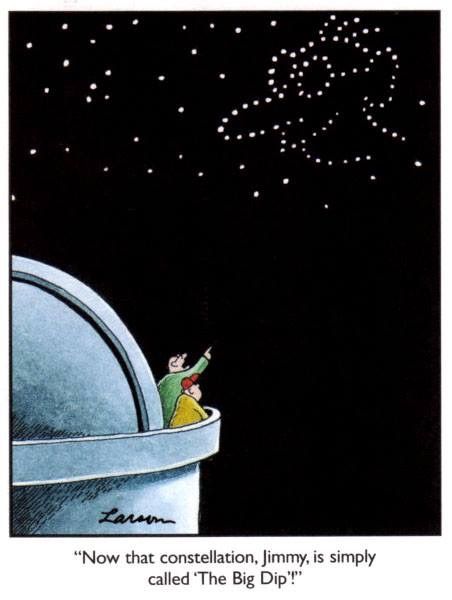 I have a confession. In case you hadn’t noticed, my previous blog was born of frustration. Which may be evident if you read the posts (all of the posts were imported to this one).

The subtitle of the blog was “fighting the b.s. one fluffy bunny at a time.” And I rarely posted except when I saw something on the internet, usually on social media, that was just stupid enough to set me off. It was still all astrology-based. But especially in the day of social media, there’s a lot of astro-b.s. floating around out there.

And while this new format has allowed me the chance to come at things from a more active and less reactive approach, there’s still enough crap out there that I just can’t help but engage my critical side once in a while. So I’ve decided to make this a monthly(ish) feature. I’ll save (as much as possible) the critiques of what passes for pop-astrology on social media and put them in one monthly post. That means that this thread might deal with one or more topics each time, depending on how deep the b.s. happens to be.

I take this on not simply to be critical or contrarian, but to use these opportunities to present accurate information about astrology and/or astronomy.

An article that appeared on the website physics-astronomy.com early in April announced that Jupiter, Venus, and the Moon will be Aligning to form a smiley face. “The moon, Jupiter and Venus are going to be showing off  for us on the 16th of May 2020, by aligning in a rare position that will form a smiley face in the sky!”

Here’s the photo that accompanies the story:

Where do I start? First of all, there are no two planets in our solar system that, when seen from the Earth, have the same level of brightness as those seen in the photo. Jupiter and Venus are both quite bright, but not identically so. This looks like a doctored photo with the same planet there twice. The same pic was used on the internet to announce that this had happened on May 16, 2010 as well (exactly ten years earlier).

Now, the Twitter post that this website cited was BBC Radio Tees, a station in Northern England, UK. A lot of folks called them out on Twitter to point out the error, and BBC Radio Tees pointed out that it was sort of a joke, but that they had picked it up from “a news site” (they never said which), and that “the story had been doing the rounds on the internet.” But the defense was sort of flimsy for a BBC site.

Borrowing the title (Debunction Junction) from a retired, recurring segment of The Rachel Maddow Show, let’s see what’s wrong with all of this.

The first frustrating thing is the lack of documentation, by the BBC, but more specifically from physics-astronomy.com in particular, who should have checked the story out before picking it up and expanding on it. The post is peppered with actual scientific information about conjunctions and occultations, giving the article the appearance of legitimacy. A number of commenters on the post expressed their loss of faith in the site, yet there was no response in the comments from the owner/admin of the site.

But on top of that, this is easily debunkable using any of the many free software applications available online. My favorite is Stellarium, and the pics below are from it.

You can see in the image above for Northern England (where the BBC station is) that while Saturn and Jupiter are right next to each other, the Moon is just rising far away on the left (east). Furthermore, you can also make out the light in the east, indicating that the Sun is about to rise right after the Moon, which means that none of this will be visible in a few minutes. Because daylight.

Here below is the view from New England on May 16. Again, the Moon is days past being near Jupiter and Saturn.

If we back the Moon up a few days, to May 12, she will be right below Jupiter and Saturn. So let’s take a look at that in New England.

In the image above, we can see the Moon lining up where she would need to be, below Saturn and Jupiter, to form a “smiley face.” There are three problems with this, however.

Move It On Over

So if the configuration has set in the west from my point of view in New England, wouldn’t it still be above the horizon further west, say, in Los Angeles? And maybe it will be early enough in the morning there for it to be dark enough for this to be seen?

Here’s the view from L.A. on the same day (May 12) at 8:30 a.m. (which corresponds to our view on the east coast at 11:30 a.m.). You can see that the Saturn, Jupiter, Moon configuration are still above the western horizon.

Here’s a close up of the cluster.

Again though, you’ll notice that the Moon doesn’t look anything like smiling lips at this phase.

You’ll also see in the larger image that the Sun is shining brightly already, pretty high up in the sky. Again, I’ve turned off the atmosphere so that we can see these. If the view were more realistic, none of the planets would be visible due to the Sun. Though the Moon probably would, still.

Where in the World?

That leads us to ask, Where in the world would this be visible without the Sun’s interference? Let’s look at how it would appear in Melbourne, Australia at about 11:15 p.m. on May 12.

You can see that the lineup is right. And the Sun is not out, so this can definitely be seen (barring clouds). But again, the Moon is not in the right phase, and on top of that, you’d have to cock your head hard left to get Jupiter and Saturn to form “eyes.”

Speaking of Melbourne, once when I was attending a talk by a well known astrologer and author from Australia she stated, “the best reason to have a(n astrology) teacher is that they can provide you with a good bullshit filter.” And that was before the internet was a “thing.” That quotation has stuck with me for nearly 25 years. Books often aren’t enough. And the internet, as full of information as it is, can often to more harm than good.

Like so many things that float around the internet, the information in the “smiley face” post is clearly fraudulent. At the very least, it’s sloppy editing.

In next month’s edition of Internet B.S., I may tackle why it’s not true that the coming New Moon will: open up a doorway for you into the next phase of your life… overcome all your obstacles… eliminate all ignorance… and bake you your favorite cookies.