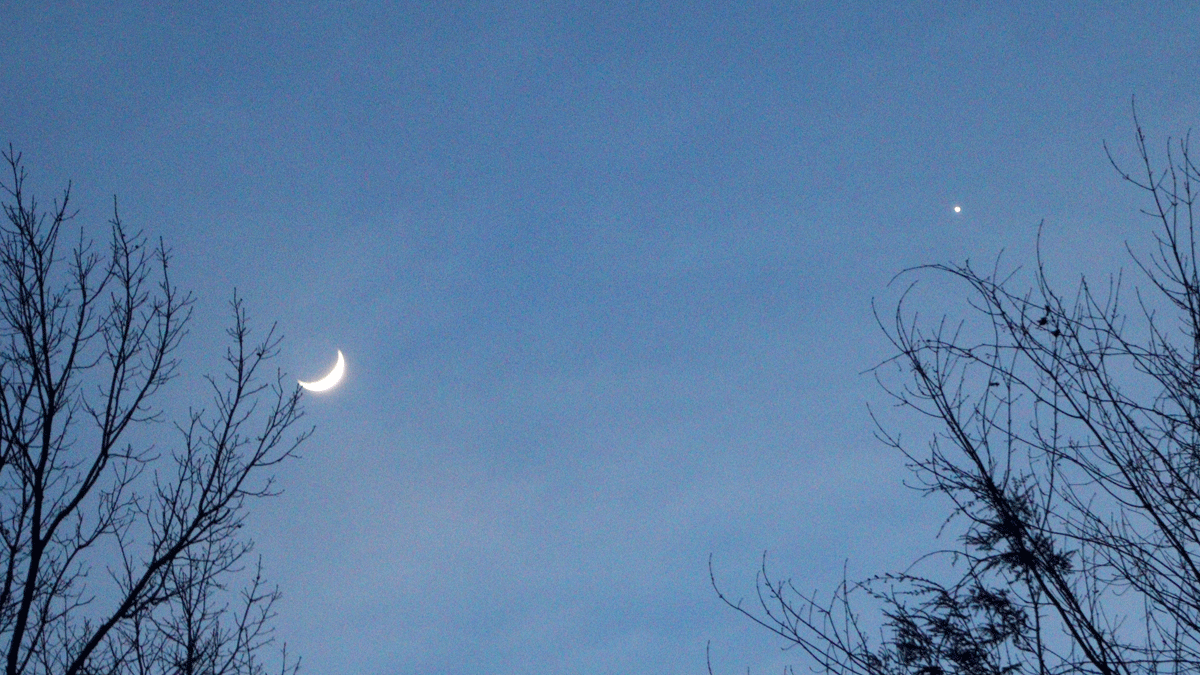 Most people who are generally familiar with astrology know something of the basics: planets, signs, houses, and maybe aspects. These are the building blocks of western astrology in almost any era, past or present.

But once upon a time, astrology and magic (as well as alchemy) were seen as a package deal. Not necessarily in a big-deal kind of way, either. People were accustomed to seeing astrology in many aspects of daily life. The days of the week (Sun’s Day, Moon’s Day, Mars’ Day, Mercury’s Day, etc.). The rituals that filled the days and seasons. All around there was evidence that the planets and their gods were acting. And they could be petitioned by mere mortals. And they might even respond.

The Moon, especially, was the Queen of the Night, and played a prominent role in both astrology and magic. She travels the whole zodiac in a month, and touches everything along the way.

One of the easiest astronomical and magical activities is to watch and flow with the monthly lunar cycle. The Moon is dark as she conjoins the Sun, then grows, culminates in a Full Moon, wanes, dies, and the cycle repeats. Because we can see this drama unfolding in the sky each month, we can participate in it easily. We can conceive of projects, begin them, prune, work toward culmination, and then let them go. And begin all over again.

Another way of conceiving of the Moon’s cycle is to break the 12-sign zodiac up into Mansions. In the west (read: Not India), we divide the 12 zodiac signs into 28 “Mansions.” The circle of the zodiac has 360º, which divided by 28 mansions gives approximately 12.9º to each mansion. The average distance covered by the Moon in one day is 13.2º. So a the Moon’s transit through a mansion lasts approximately one full day.

(I say “average” distance because the orbit of the Moon is elliptical, not perfectly circular, and because it is slightly offset the Earth-Sun orbit, so her speed can vary a bit.)

Each Mansion is recognized as being good for certain actions and less so for others. Beginning a specific action while the Moon is in an appropriate Mansion increases the likelihood that the action will be successful. Likewise, engaging in the correct kind of magical work can not only increase the potential success of the desired outcome, but it lengthens its effectiveness by “ensouling” the spirit of that Mansion in a talisman.

When doing mansion magic, the practitioner needs to focus on when the Moon is in the appropriate mansion. But you can make it even more effective by following general rules for electing astrology charts: place the planet in question on the eastern horizon or culminating at the top of the chart (the Midheaven, or MC). And make sure that she (the Moon) isn’t making any nasty aspects to malefic planets (e.g., Mars or Saturn) that would hinder that action.

When my wife and I were engaged to be married, we looked for a good date and time to hold the ceremony. We decided on a couple of good Mansions for marriage, romantic love, and children. But only one of those fell on a good date to get married (read: a weekend day), when we could invite family and friends, rent a small hall, and so forth.

According to the Medieval grimoire Picatrix, “The twenty-sixth Mansion is Alfarg Primus, and it is for the creation of love.” (Picatrix) Each mansion has a specific image associated with it. This one’s is the “image of a woman with her hair unbound and before her a vessel placed as if to receive her hair.” This is usually interpreted as a woman washing her hair in a small bucket or a large cup.

(Fun aside: for about fifteen years, I have washed my hair without shampoo, using baking soda and water and then apple cider vinegar and water as a rinse. I do this with a large plastic cup that I keep in the shower for just this purpose. So the 26th mansion image is one that I had been reenacting for about a decade at that point.)

This mansion is the end of Aquarius and the beginning of Pisces. So whenever the Moon is there each month, she is in the 26th mansion. The Moon was going to rise early-to-mid afternoon that day, so we opted for our vows to be at that time. Normally, when electing a time astrologically, the Moon rising is not optimal, because the Moon signals change. However, since our whole focus was on the moon and the 26th mansion, we wanted them both rising over the eastern horizon.

Now let’s back up a bit. We chose the date in May or June for our November wedding. In August, we bought rings. When they arrived at the jeweler’s shop in September, we chose to have them engraved. The only day that the engraver was working in a two-week time span was the day that the Moon was in the 26th Mansion in September. Perfect!

We instructed them to engrave both rings on the inside with a single word: Tagriel. That is the name of the angel or spirit of the 26th Mansion. When we received the rings, we brought them home and immediately consecrated them as 26th Mansion talismans.

In October during the 26th Mansion, as the Moon spent her day there in late Aquarius and early Pisces, we wrote our vows. And we wove the cord that we would use to wrap around our hands during the ceremony, as our ancestors had done for hundreds of years.

Then in November, we were married during the 26th Mansion.

We chose the mid afternoon for our wedding because the Moon would be rising in very late Aquarius. That meant that we were able to exchange our vows just as Pisces started rising, but while the Moon was still only a few degrees away from the Ascendant (rising degree). We did this because Jupiter is the ruler of Pisces, and at the time, Jupiter was in Cancer in the 5th house of the wedding chart. Among other things, the 5th house represents children, and knew that we wanted to have a child together.

So the ruler of the chart, Jupiter, was in the 5th house of children, connecting those two areas. And Jupiter is considered exalted in Cancer, so this was a great way to increase the likelihood of having a child, and having it be a happy experience.

There were a few other nice things about the wedding chart, but since they’re not related to the 26th Mansion, I’ll leave them aside for now.

After being married for a couple of years, we decided that it was time. My wife already had a child (who was also my godson), and even though there would be an age gap, we wanted to have another one before too long.

As our child’s due date arrived, we made all the necessary preparations, including arranging for godparents. I asked a long-time close friend to be one of the godmothers (our child has two godmothers). When my wife finally went into labor, I was watching all the astrology in anticipation of what chart our baby would have. Of course, in those final moments of labor and birth, I completely forgot about looking at the clock, since I was so focused on what was going on. Our good friend and doula (and the person we had arranged to marry us a couple of years earlier) saw that I was on top of things, and so she made a point of watching the clock closely. So we know to the precise minute when our baby was born.

It didn’t dawn on my until much later that in fact our baby had been born with the Moon . . . in the 26th Mansion! Yes, his Moon was in late Aquarius, just a few degrees from the Moon in our wedding chart. And then to top things off even more, I realized that his godmother’s own natal Moon was just one degree from his . . . also in the 26th Mansion!

Since we were married, and especially since our baby was born (nearly three years ago now!), my wife and I observe a simple monthly ritual.

When the Moon is in the 26th mansion, we light a candle and burn some incense. We say a prayer of gratitude to Tagriel, spirit of the 26th mansion. We pass our ring (talismans) through the incense and once again place them on each other’s finger. And we use the same three goblets that we bought for our wedding, one for each of us and one for Tagriel, to make a toast and an offering.

More on the Mansions

If you want to learn more about lunar mansions, I recommend Christopher Warnock’s website: Renaissance Astrology (renaissanceastrology.com), and his book Mansions of the Moon.