Self Reporting in Astrology 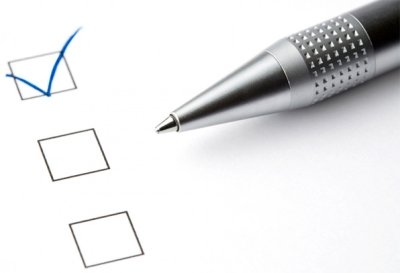 Recently an astrologer on Twitter asked folks to respond to the question “Do you resonate with your Sun sign?”

For example, if you were born with the Sun in Scorpio, do you “feel” like a Scorpio, or do you feel that your life is influenced heavily by this Scorpio placement?

About half the folks who replied said that they do. Only about 8% said that they do not. And about 40% said sometimes yes, sometimes no. Most of the comments on the thread were from people who said No, with a short explanation of why. A few were from folks who said Yes, but pointed out that there was often a reason other than the Sun being in that sign.

For example, one person pointed out that the Sun is his Ascendant ruler. That means that he has Leo rising, and the Rising Sign is really much more an indication of an individual overall than the Sun. Unless you have Leo Rising (because the Sun rules Leo). Or the Sun happens to be rising in the first house (meaning that you were born near dawn).

Characteristics might be prevalent and events may happen but not always for the reasons we think. I resonate with my Sun sign because my ascendant ruler happens to be there too (along with a few other planets).

We normalize what we know. When we grow up with parents who speak English, we think that English is “normal” and that other languages are “foreign.” Or if our parents insisted that we all sit down to dinner together, we find it odd when we learn that our friends’ family members may all have regularly eaten whenever they could, never really having a family meal. If our family swore a lot around the house, we’re sometimes surprised to find that other families don’t.

We do this astrologically, too. Our whole lives we grow up thinking “I’m a Libra. I do this. Libras are like this.” When we begin to study astrology, we don’t take a step back from that way of thinking. We are not often encouraged to think of “Libra” as a zodiacal modifier for planets passing through its region of the ecliptic. (Remember, planets signify, while signs describe.)

Too often, we think of “Libra” as Kim Kardashian, Eminem, Bruno Mars, Sting, Simon Cowell, and maybe ourselves. We see what they do publicly, and this becomes our understanding of “Libra.”

While this may be OK for non-astrologers, I’m always a bit surprised (and not in the good way) when I hear astrologers generalizing Sun signs like this. It makes me wonder how much study they have done, or experience they’ve had. I can’t help but think that they read it in a book somewhere and so it must be that way. Instead of starting there and modifying their understanding based on experience.

And that’s a big piece of the problem — astrologers are often so eager to share what they “know” that they don’t stop to learn from the people actually experiencing these planets and signs.

Follow the Money… or at least the Planetary Ruler

Listening to The Astrology Podcast, I heard Chris Brennan telling stories about how some astrologers don’t “resonate” with their whole-sign astrology charts. Until he actually reads those charts to them in context. It reminds me a lot of an example from years ago when an astrologer swore that they were Uranian in personality because their rising sign was Aquarius (which is a modern idea; Saturn is the traditional ruler). They described themselves as an individualistic rebel. But Aquarius is about the group, not the individual. Lo and behold, it turned out that the person had Uranus closely conjunct their Aquarius ascendant. Well of course they were Uranian! Any planet on the ascendant will make itself known forcefully, regardless of the sign it’s in.

For more on Uranus and Aquarius specifically, see my post on it.

What troubled me is that this person was an astrologer, who swallowed the modern spurious association of Uranus with Aquarius with no critical thinking whatsoever. (As an aside, Uranus and Aquarius are nearly opposite in meaning; how modern astrology came to associate the two is best left for another post.) They read the modern textbooks about what Aquarius supposedly means, and applied the information without another thought. It never occurred to them that Uranus alone would do the trick.

I have found this attitude prevalent among some astrologers I’ve read who practice a mostly psychological style of astrology. Which makes some sense. For those of us who focus more on prediction, false associations won’t fly. For traditional style astrologers, it’s a bit more cut and dry. Either a prediction works out or it doesn’t.

It’s not that we don’t care how a person “feels” about it. It’s just that it’s secondary to what we’re trying to do as astrologers. We want to see the life map of a person, not only their psychological map. Having the right planetary rulers helps that.

This leads me back to my main point: we are typically pretty bad at reporting our experience. This is mainly because we experience our lives from only one side: the inside. We don’t have the advantage of outside perspective. Unless we ask for it.

If you’ve ever done exercises where you ask others anonymously to mirror back to you how they see you, you know that it can be shocking. Other people often see us very differently than we see ourselves. Just ask my 10-year old about this. Or any pre-teen or teenager. They are often oblivious to their tone of voice and facial expressions. And sometimes, we’re not much better as adults.

So the next time someone says, or writes, Pisces are X, or Virgos are Y, I invite you to take a step back as you continue to listen or read. If the speaker or writer has failed to think critically, that doesn’t mean that you have to, as well.

And if you don’t at first recognize the circumstances of your life in your chart, consider that perhaps you’ve normalized some things that maybe aren’t very normal. If your chart indicates that something was particularly challenging in your family of origin, and your answer is that it couldn’t be true because you had a wonderful relationship with your mother, but you ignore the fact that your father was M.I.A., then you’ve normalized your situation.

Astrology doesn’t normalize anything. It just says what is, given the particular context. So don’t fall into the traps.

Thank you for this, Chris. I totally admit to having had this very limited view of being a “Pisces” for most of my life. I didn’t know until a few years ago that my ascendent was much more my personality. And I had some negative assumptions about Virgos, like they were really anal retentive or at best overly picky about details. So I went to my socially accepted fall back of being Pisces since my sun, moon, Mercury and Venus are all Pisces. But now I’m learning a lot more about what everything means and that having a strong identification with one sign at all is more of a quick frame of reference rather than a large part of my identity. I need to thank you for a lot of my new understandings about all of this, so THANK YOU.