I received an email with some questions about the so-called “thirteenth sign” of the zodiac that often confounds moderns. There is a constellation that touches the ecliptic – the apparent path of the Sun around the earth – from the north side. It is called Ophiuchus, or Serpentarius, the Serpent-Handler.  The 12 zodiacal constellations straddle the ecliptic.

Here are parts of the email (most of it) and my responses to it.

Ophiuchus was never part of astrology, so there it makes no sense to include it if one is interested in returning astrology to its roots.
That’s not correct. Ptolemy’s Tetrabiblos refers to Chelae, the claws of the Scorpion. This falls between Virgo and Scorpio, but was not actually considered a part of Scorpio (as evidenced by the fact that it has a separate entry). (See Ashmand’s translation, p. 26). Chelae was eventually renamed Libra, but is essentially the same star group. Ophiuchus is on the other side, as you state, between Scorpio and Sagittarius. It is listed on p. 29 of Ashmand as “Serpentarius” (an earlier Latin name for it) as one of the Constellations north of the Zodiac. So Ptolemy clearly did not include it as part of the Zodiac constellations, and as far as the evidence we have, no one else did.
As I say, no one removed it. It was simply never part of the 12 zodiacal signs. The satanic reference is dubious, since Serpentarius/Ophiuchus is actually the serpent handler, not the serpent. Perhaps the reason is that the constellation doesn’t really cross the ecliptic, rather it just barely touches it to the north, but that’s just a guess on my part.
It’s not that we pretend that it’s not there. Those of us who work with Traditional astrology work not only with the 12 zodiacal signs, but also the fixed stars in the other constellations as well. However, if it doesn’t actually cross the ecliptic line, then the planets do not actually move through the constellation, they move above or below it.
There is really nothing to “reintroduce”, since as I’ve said, it never formed part of the zodiac.
But let me be clear, those of us who are practicing traditional Western astrology are not practicing sidereal astrology. From the beginning, two systems emerged: sidereal and tropical. The sidereal system is based upon the relationship of the earth to the stars, specifically to the alpha star in the constellation of Aries. However, the constellations are not all composed of neat, 30 degree figures, and even sidereal astrologers use a stylized “12 signs x 30 degrees each” system. The tropical zodiac is based on the relationship between the earth and the sun, and consequently on the seasons. It’s about life in our very own solar system, not all the rest of them. So neither system is based upon what one “actually” sees in the sky. From the very beginning, as I indicate above, astrology was stylized. There is an intimate connection between sacred geometry and sacred number. The number 12 is divisible by 3 modes and 4 elements. It’s divisible easily by 2 polarities (masculine/feminine, diurnal/nocturnal, positive/negative, etc.). The theory of astrological aspects is tied to this. The number 13 may be sacred for other reasons, but it does not serve the purposes of astrology.


Finally, astrology has never been about exact physical observation alone. It has always been combined with the idea that there is a magic about it, and that the Hermetic law of “as above, so below” is the ideal. Those who insist on a purely scientific approach to astrology misunderstand it, and whether consciously or not, buy into the modern atheistic mindset (yes, even if they themselves are astrologers). That is not to say that astrological methods can’t be tested and repeatable, but not everything can be explained in terms of billiard balls knocking against one another.
Liked it? Take a second to support Chris on Patreon!

I have completely given up even responding to "questions" really attacks that endlessly repeat the same tired points, eg the ancients were idiots or they completely agreed with modern astrology, "sidereal" Zodiacs confused with a constellational Zodiac and a complete and unconscious reliance on modern atheistic/materialist philosophy as the real underpinning of the argument. Astrology HAS to work with beams and rays and physical causality because that's all there is!

Even after I point people to my special webpage on the subject http://www.renaissanceastrology.com/zodiacworldview.html they pay absolutely no attention to the points made there just keep banging away on the same points I've heard 500 times before and they think they individually came up with.

Complete waste of time! I'm happy to teach, but not pointlessly argue.

Christopher:
In general, I agree with you (and by the way, I send them to your page too, which is very helpful). This email, however, seemed genuine and respectful, and in the follow-up with the same person, he seemed open to taking my comments about what I recommend one study in the Tradition before going all gung-ho about this new stuff. So in this case, I think that my instinct to answer it was correct, and perhaps he will investigate actual astrology, unlike most who pose this kind of challenge.

[…] that it was “Discarded by the Babylonians because they wanted 12 signs per year.” (See my blog post on this.) So on the one hand, they admit right here that they are changing what the Babylonians actually DID, […]

This Just In — Betelgeuse is still there.

In late 1975, Spanish General Francisco Franco lingered near death for weeks. He had been Spain’s dictatorial strong-man since the end of the Spanish Civil War in 1939. Thousands died as a result of his Read more… 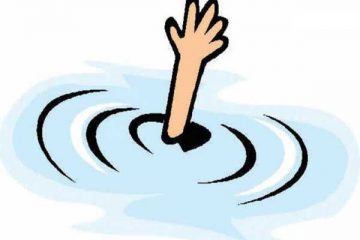 Three times a year, for about a month, the collective astrological world freaks out. We’re about to do it again. Even the most casual followers of the planets and stars are familiar with the phenomenon Read more…