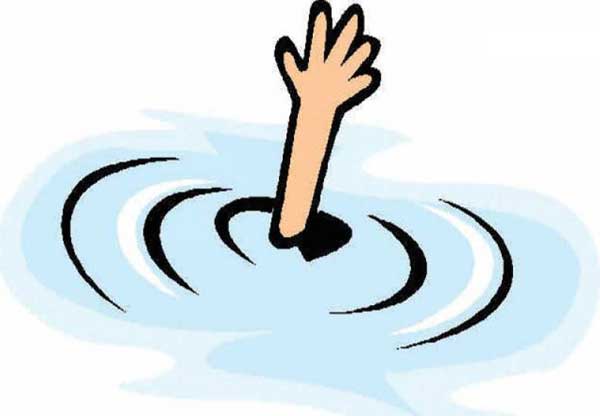 Three times a year, for about a month, the collective astrological world freaks out. We’re about to do it again.

Even the most casual followers of the planets and stars are familiar with the phenomenon of Mercury Retrograde. How often have you opened Facebook only to see a friend who’s having a bad day post “What the hell is going on? Is Mercury in Retrograde?!”

As an aside, it’s NOT “Mercury IN Retrograde.” Despite finding that expression all over the place, even in a site named: https://www.ismercuryinretrograde.com/. If you are saying this, you’re kind of pulling a Bourgeois gentilhomme (Molière, Google it).

While there are often tangible effects for some people and organizations during a Mercury retrograde cycle (for example, Facebook must have been founded or incorporated under a strong Mercury, since it always goes wonkier than usual during a retrograde), they sometimes go by with hardly a notice. But then something happens and we’re back to asking the same question again.

I’m not retrograde yet!

But what happens when the proverbial you-know-what is hitting the equally proverbial fan and Mercury is happily Direct (not retrograde)? Where do we look to then for answers (beyond Facebook and pop astrology)?

Well, it’s entirely possible that the problem is still Mercury, the god of thieves and tricksters, among other things. Mercury does more than go retrograde or direct. Like all the planets, the Sun and Moon, Mercury travels through all of the signs of the zodiac. Like the Sun and Venus, it makes this journey in the course of a year.

Because Mercury and Venus are inside the orbit of the Earth, their movement is sort of locked to be fairly close to the Sun. So Mercury can never be more than 28º from the Sun. That’s less than the extension of one sign (30º).

Like all of the other planets, Mercury is said to rule two signs. That is, it is in charge of the affairs of Gemini and Virgo. When Mercury is actually in those signs, it’s said to be “dignified.” It’s at home and can operate as authentically as it would like to.

The signs opposite any planet’s home signs are essentially “enemy territory.” A number of works have been employed over the years to describe when a planet is opposite its own signs. “Debility,” “exile,” “antithesis,” are among them. Some of these are translations of the earliest Greek astrological terms for this phenomenon.

So if Mercury is at home in Virgo and Gemini, then its “exile” or “antithesis” is in Pisces and Sagittarius. And here we are at the beginning of February 2020 with Mercury just entering Pisces.

Let’s think about it for a minute. Mercury is a “dry” planet. It separates, rather than connects things. Mercury uses this separating character to analyze things, to say “this is not that.” This dry quality is one of the things that makes communication clear.

Pisces, by contrast, is completely wet. It connects everything. At its extreme, it has a real inability to tell the difference between one thing and another.

We now have the planet of dry communication in a sign of wet merging together. That does not make for clear communication.

Dealing with Mercury in Pisces is a bit like trying to communicate while under water. The words can’t be the primary means of getting across what you need to. You might use sign language, gestures, music, images, poetry, and so forth. And these ways of communicating will all carry with them more information than just the words involved.

In fact, the words may become secondary or even completely superfluous.

This can make Mercury in Pisces a whole lot more challenging than Mercury retrograde. Especially if the retrograde doesn’t really tie into your chart. A similar thing can be said for when Mercury is in Sagittarius, though I’ll leave that aside for now.

But Mercury in Pisces means that you will need to communicate in creative, often non-verbal ways.

And now for the fish bomb: This year, while in Pisces, Mercury goes retrograde. That’s right, Mercury retrograde in Pisces. Try not to drown.

The graph shows the movement of Mercury from Aquarius, at the top left of the chart, into Pisces (at the first blue dot). Then Mercury moves down to 12+ degrees of Pisces near the bottom, and goes retrograde back into Aquarius. The two blue dots at the top right show Mercury exiting and re-entering Pisces.

Look at the red line at the top and bottom of the graph. These two lines show the span of the retrograde cycle. Mercury will go retrograde back to 28ish degrees of Aquarius. So as soon as it crosses that point the first time, while still direct, it marks it as a sensitive point in the upcoming cycle.

Likewise, after Mercury goes direct, it’s not totally in the clear until it gets back to 12ish degrees of Pisces, which is the degree that it turned retrograde at.

Modern astrologers, even many who practice traditional astrology, refer to this as the “shadow.” From the time Mercury hits 28 Aquarius at the beginning of February, until it crosses 12 Pisces in the last couple of days of March, we are under the influence of this retrograde cycle.

I have to admit that I’ve never liked the idea of the “shadow.” I’m not convinced yet that it’s a real thing. I suspect what’s going on is that Mercury appears to slow down (against the background of the zodiac) before going retrograde, and then it takes a while to get back up to its average daily motion after turning direct again. I’ll leave that debate for another time.

The clever reader will have noticed that Mercury enters Pisces on February 3, and that by March 30, is still only at 12 degrees of the same sign, after the retrograde cycle is completely over. This means that there are still two more weeks of Mercury in Pisces before it leaves for Aries.

That’s right, two whole months of Mercury in Pisces. Just for us. Dominating the beginning of the primary election cycle.

If you are interested in finding out exactly how this Mercury cycle affects your own chart, contact me now to book a session.

Wow. Just. Wow. This is gonna be……. interesting.
Like the Chinese saying, “may you live in interesting times….”
Fasten your seatbelts… its gonna be a bumpy night….. or 60…..

Yeah, it could be pretty interesting. Of course, if you read my threads quoted in the above article on Mercury retrograde in general, you’ll see that some folks will likely escape this without a scratch. But there’s so much going on, even with just this Mercury piece in the next couple of months, that I can’t imagine most folks not being affected somehow or other.