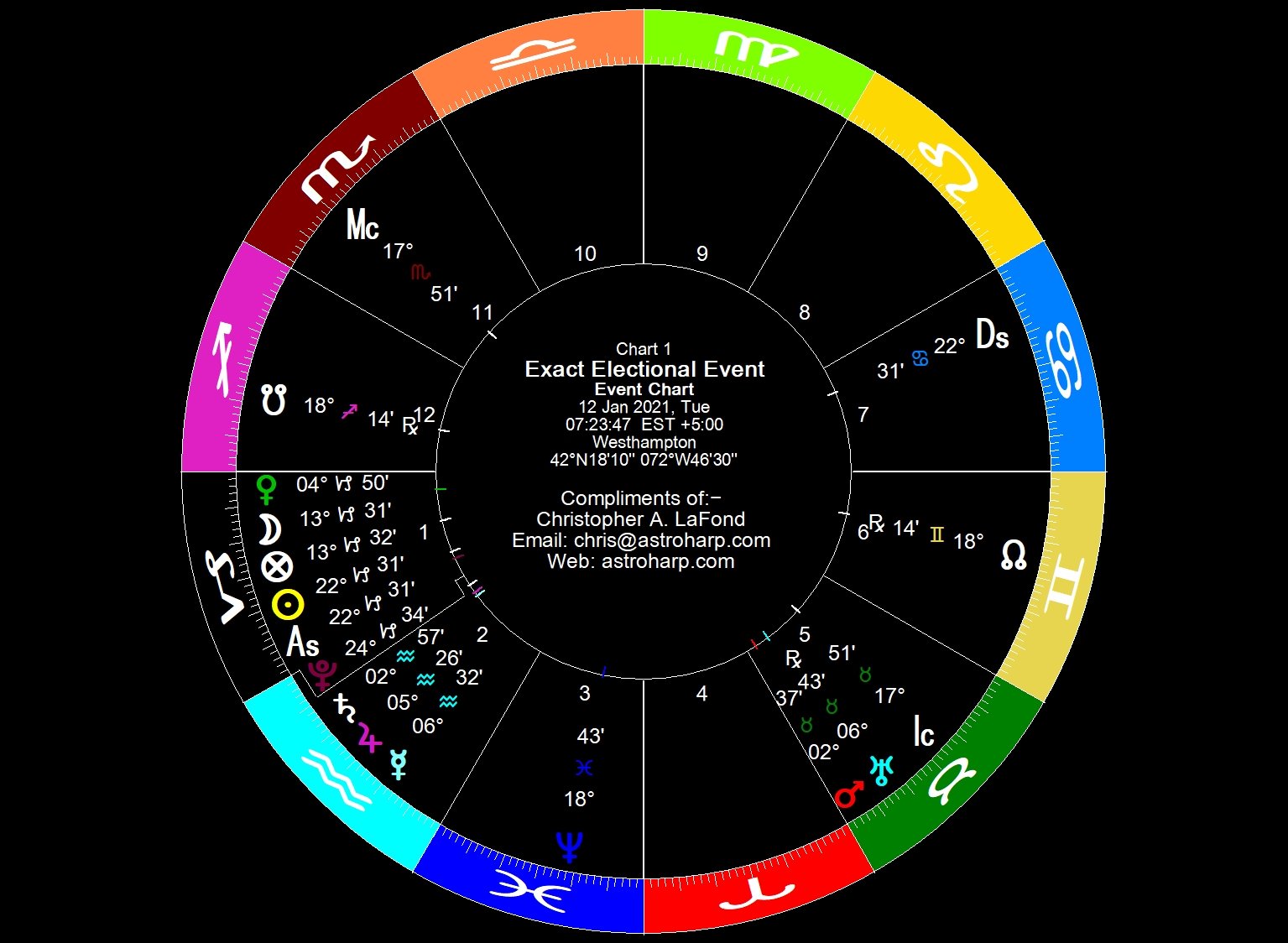 Mercury squares Uranus this morning, potentially creating a flood of new, innovative ideas. It will be hard to capture all of these, so write down or record the best ones for later. It’s not necessarily the best for accomplishing them or even putting them into action yet. But pay attention to what information flows, especially now that Mercury is in an air sign. Uranus is stationary direct right now, so it could be powerful.

Early tomorrow morning, Mars perfects his square to Saturn, and its effects are already active. There is a real struggle now between moving forward and standing still to hold the line. Mars impeded by being in Taurus, and Saturn strong in one of his own signs, it’s likely that the forces of stability and restriction prevail now. But the struggle may leave casualties.

Against this backdrop, the Moon works with Neptune today to hint at hope and encourage us to dream.

The New Moon in Capricorn is one second after midnight EST, tomorrow (the 13th). This is a powerful and troubled New Moon, right on Pluto and angular (on the I.C.). For more detail on it, see the section on the New Moon in my blog post January 2020.

Before dawn tomorrow, the Moon conjoins Mercury, allowing the free-flow of ideas and words. Given everything else going on, these are likely to have a raw edge to them, so be ready.

(All times Eastern) On December 2 at 12:40am the Moon enters Mansion 1 (Al-Sharatain “The Two Signals”), from 0º Aries to 12º Aries 51′. According to the medieval grimoire Picatrix: Associated image for magic/meditation: a Read more…

(All times Eastern) The Moon makes a nice trine to the Sun all day, the only exact aspect today. This should create a nice energy flow, especially with both in fire signs, and we have Read more…