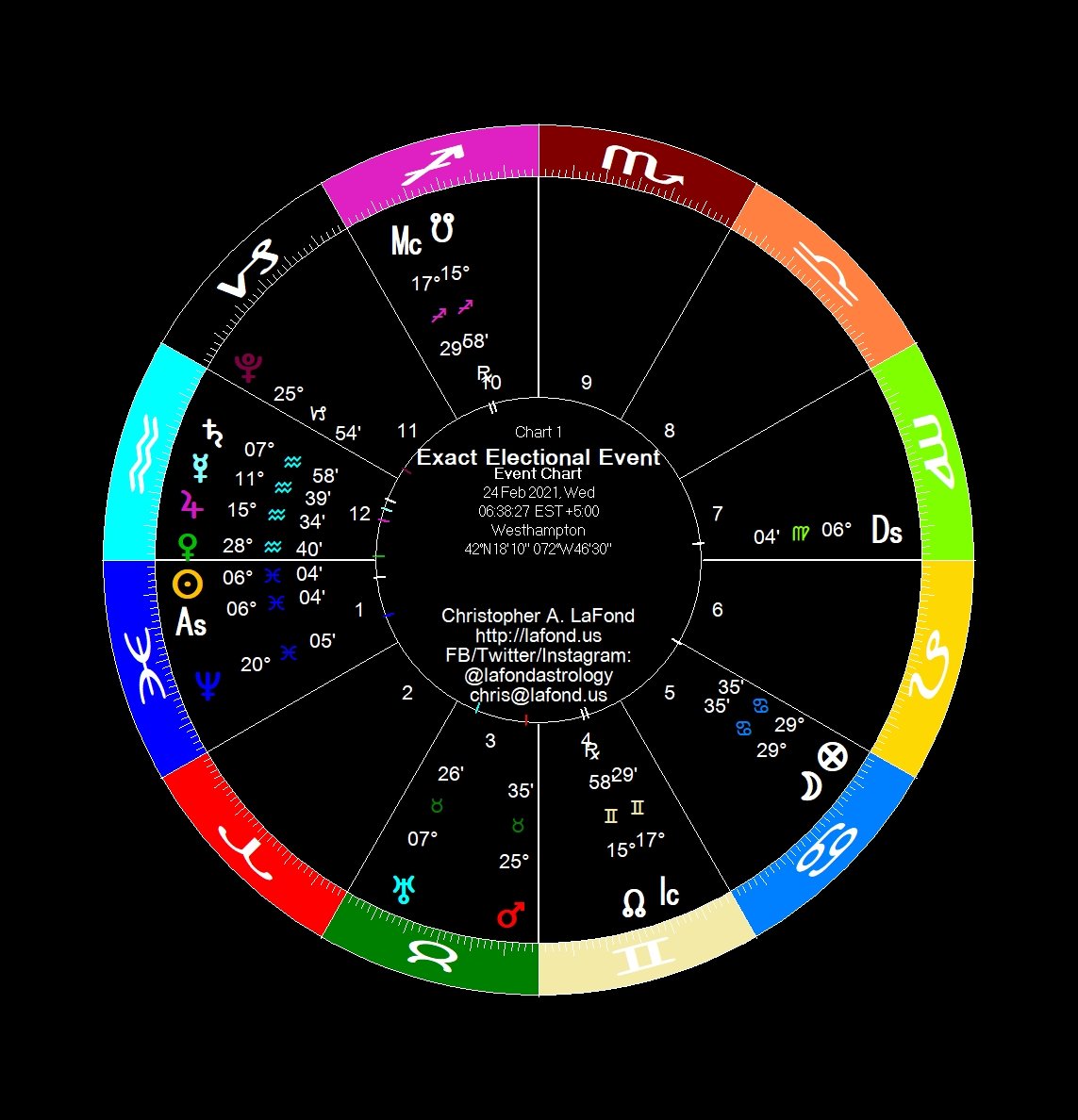 Mars trines Pluto today, bringing these two fierce planets together to focus our energy and efforts. There is an instinct now to cleanse and purify, but don’t go overboard in your zeal, either.

The Moon enters Leo at 7:22 am, adding to the dramatic, high energy of the day. Tonight, at exactly the same moment as the exact Mars-Pluto contact, the Moon squares Uranus, jacking up the urge to independence, rebellion, reversals, and potentially bad decisions. At the same time, Luna opposes Saturn, holding up the old-fashioned and traditional as a contrast, and potentially putting some stress on us. Overnight the Moon opposes Mercury, making late-night communications a challenge in the midst of all this.

All this while, the Sun is moving to sextile Uranus. So this is likely to be a mid-week that is full of push-me-pull-you feelings that make it hard to get a handle on which way we want to go. It’s probably best to put off major decisions, though now is a good time go get in touch with your emotions about them.