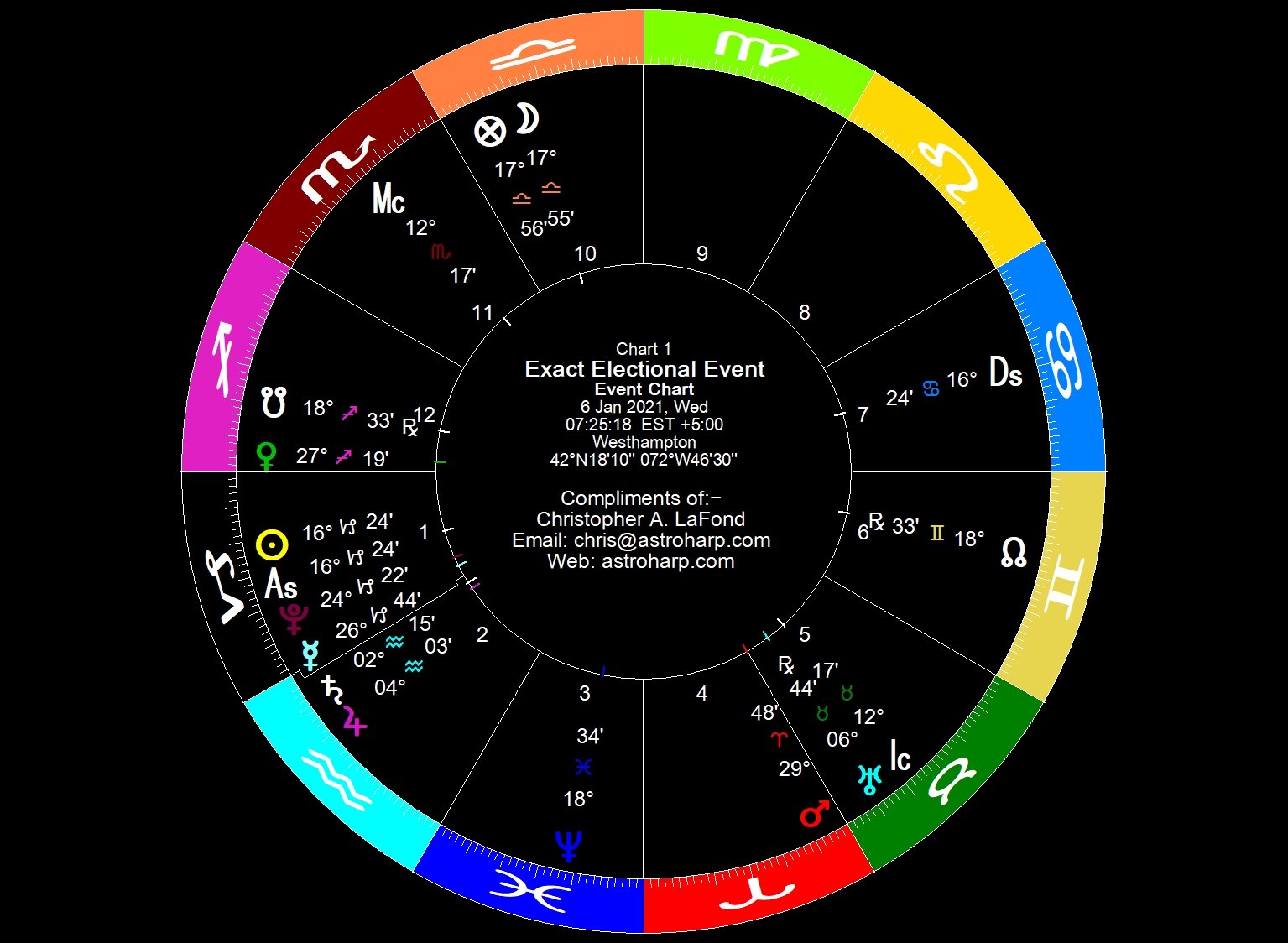 Much of the day is the fading Moon-Sun square (last quarter), so there may be a feeling of things rubbing together and just not quite fitting nicely.

The “big news” now is that after an unusually long 6 months in Aries, Mars finally moves on to Taurus. While this may bring relief to some who have been feeling the effects of Mars lingering in his own sign, he’s uncomfortable here in Taurus, where he’s somewhat repressed. On the upside, anger issues are likely to be more repressed and not “in our faces” so much. On the downside, when pressure builds, there may be some mini-explosions to release it.

The second half of the day centers on the Moon’s square to Pluto and later Mercury. While this happens twice a month, it may create more intense emotions today given Mars’ changing of sign and the action in the nation’s capital today.

Before dawn Luna slips into Scorpio, continuing a general “pulling in” of energy. She opposes Mars at the same time, both in fixed signs, so anger and frustration may feel like they’re surrounding us when we wake up on Thursday.